Cobalt blue is a pigment that gives clear blue colours. The pigment has a high degree of permanence, opacity and lightfastness. It has mainly been used to paint smaller interior surfaces.

Blue pigments have historically been rare and expensive. Cobalt blue is a compound of cobalt oxide and aluminium oxide. It was discovered in 1802 and commercial production started shortly after. This invention opened up new possibilities for different blue colours with improved properties.

Compared to ultramarine blue the colour of cobalt blue is lighter and a little bluer. When mixed with linseed oil, the tone of the paint can become slightly green if the linseed oil turns yellow. 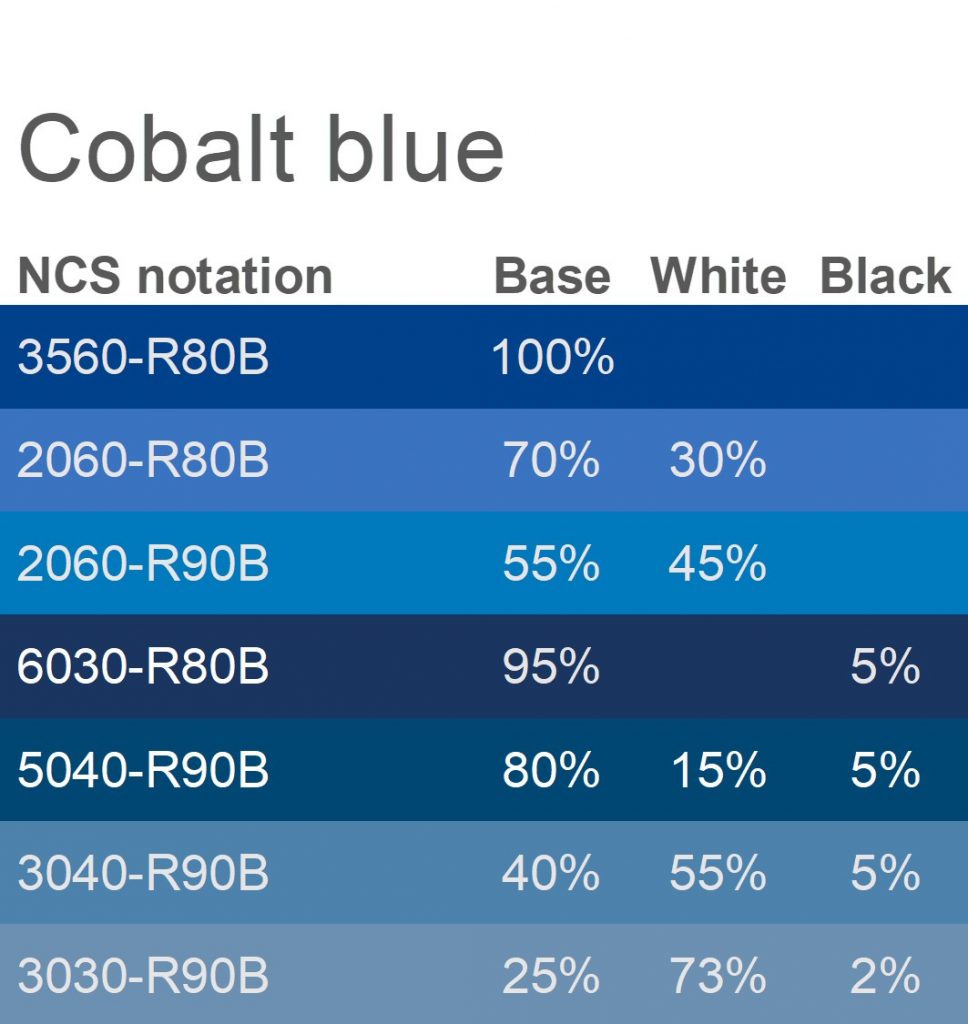