Ultramarine blue is a pigment that gives bright blue colours. It has a high degree of opacity and lightfastness, but is sensitive to acids. It has mainly been used to paint smaller interior and exterior surfaces and details.

Blue pigments have historically been rare and expensive. The finest blue pigment was made from the precious stone lapis lazuli, and that pigment was originally called ultramarine. During the 19th century a low cost synthetic ultramarine pigment was invented allowing it to become more commonly used.

As a paint ultramarine (which is not mixed with white) appears almost black, but will with only a small addition of white give bright blue colours Compared to cobalt blue the colour of ultramarine is darker and a little more red. 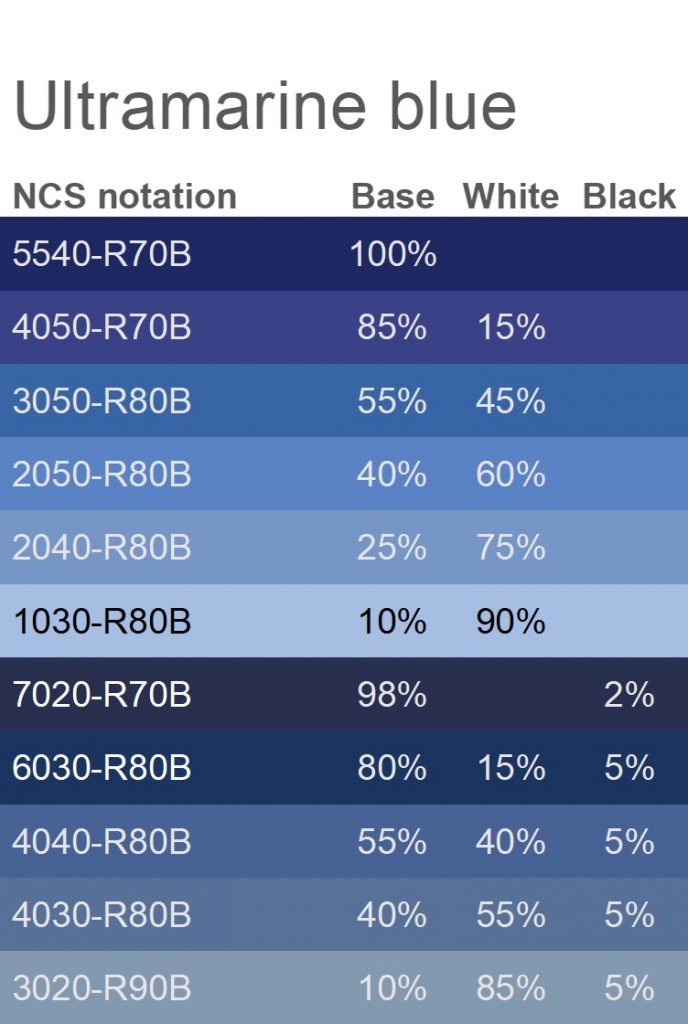