Gold ochre is an earth pigment that gives brownish-yellow colours. It has a high degree of opacity and lightfastness. Gold ochre has commonly been used in traditional painting, both for exterior and interior surfaces.

Gold ochre is one of the lighter ochres. The ochres are commonly occurring clay earth pigments. The pigment consists of iron oxide and varying amounts of other minerals. The names of the ochres describe their brightness and purity in relation to other ochres, but the names of similar or even identical pigments can vary.

Gold ochre and yellow ochre are very similar, but gold ochre is sometimes described as a little darker and redder. The colours you achieve with both ochres overlap to some extent and in some cases they are not even distinguished as two different pigments. 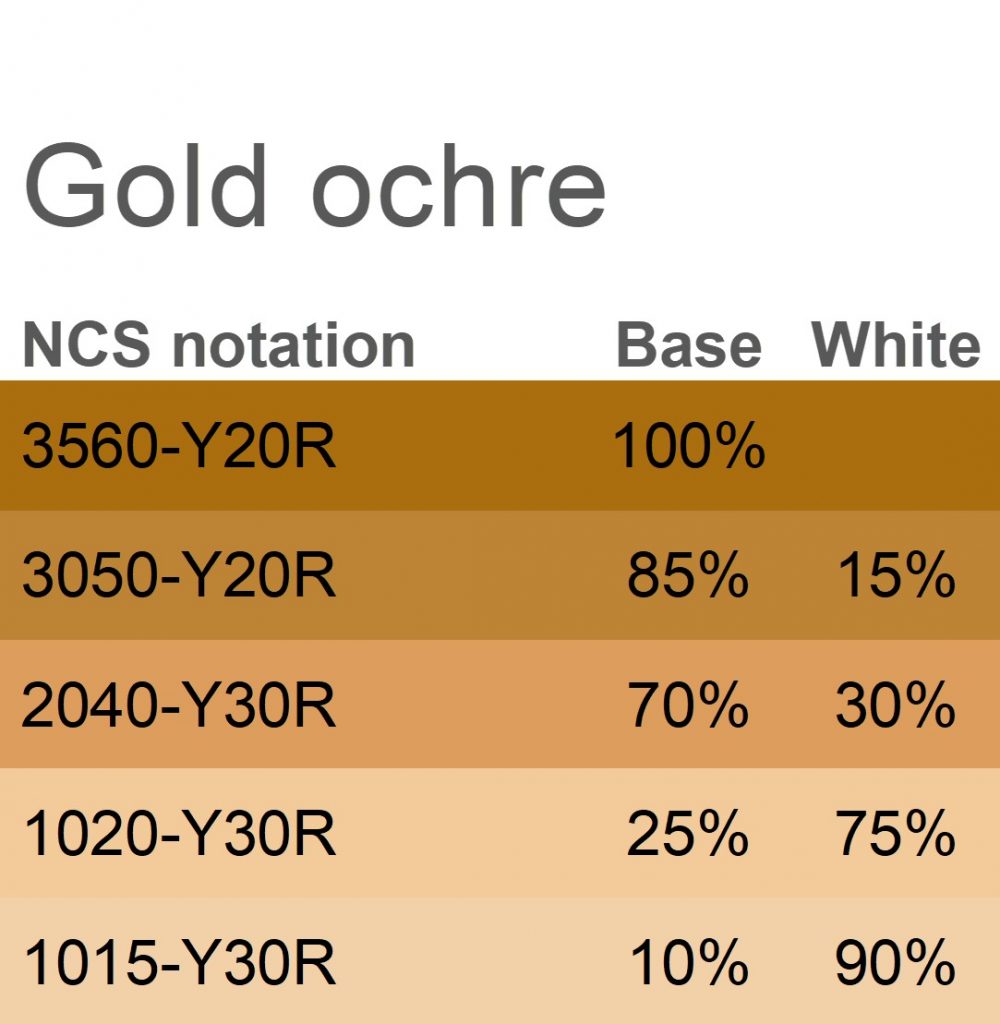