Bone black is a pigment that gives black and bluish-grey colours. It is lightfast and has a low degree of opacity. It can be used for glazing paint for both interior and exterior surfaces.

Bone black is made of charred bones, in earlier times also of waste from ivory, which is why it is sometimes called ivory black. In the majority of black pigments, the colouring ingredient is carbon. Depending on how it is produced, it also contains other substances, for example metal compounds, resins or unburned organic material. The properties therefore vary, but common to most carbon pigments is that they give a bluish colour when mixed with white.

Compared to iron oxide black, bone black has a higher degree of transparency. 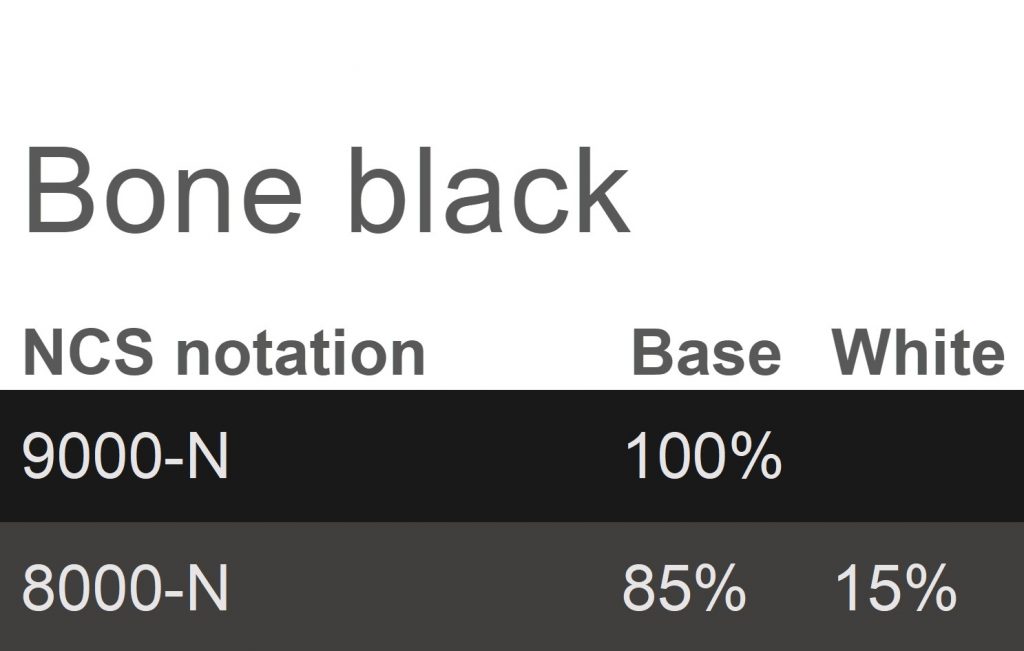 There are mixing charts for a selection of the colour samples in Kulturkulör. In the sample collection you can find more nuances that you can create with linseed oil paint and traditional pigments . The mixing charts will give you an idea of how the colour changes when mixing with white and in some cases when adding black. The mixing ratios are approximate and the properties of the pigments vary.