Raw umber is an earth pigment that gives brown and beige colours. It has a high degree of transparency and lightfastness. It is suitable for glazing paint for both exterior and interior surfaces.

The colours of the umbers are greyish and umber can be used in paint mixtures to reduce the intensity of other colours. The colours vary depending on where they are extracted and which minerals they contain. Mostly natural iron oxides and manganese compounds determine the colour.

The names of the earth pigments vary, even if the colours are similar or even identical. Distributors sometimes present them with the name of the location in which they are found. Raw umber and brown umber are very similar. The colours you achieve with both umbers overlap to some extent and in some cases they are not even distinguished as two different pigments. 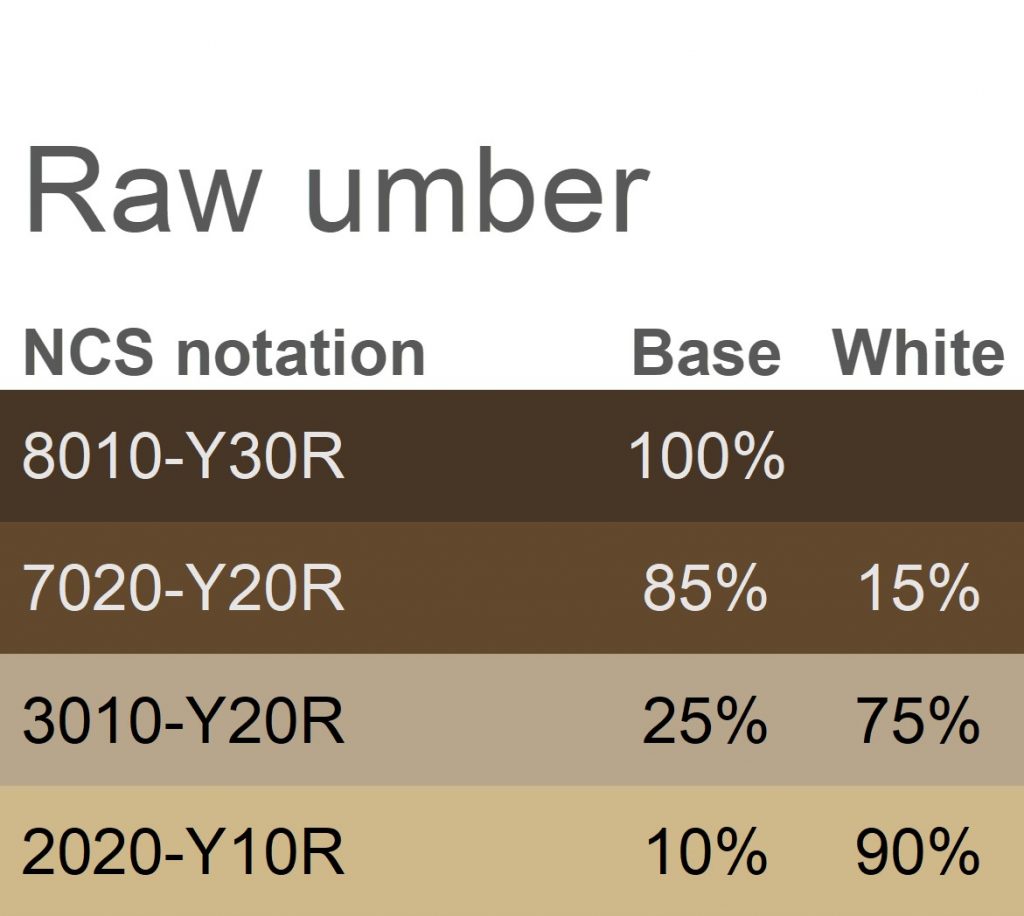