Burnt sienna is an earth pigment that gives red and brownish-red colours. The pigment has a high degree of transparency, which gives a glazing paint. In linseed oil paint it can be used for graining and other decorative interior painting.

Sienna, from the Italian name “terra di Siena”, is named after the Italian province where this earth pigment was originally extracted. Like all burnt pigments burnt umber is redder than the raw equivalent. The names of the earth pigments vary, even if the colours are similar or even identical. Distributors sometimes present them with the name of the location in which they are found. 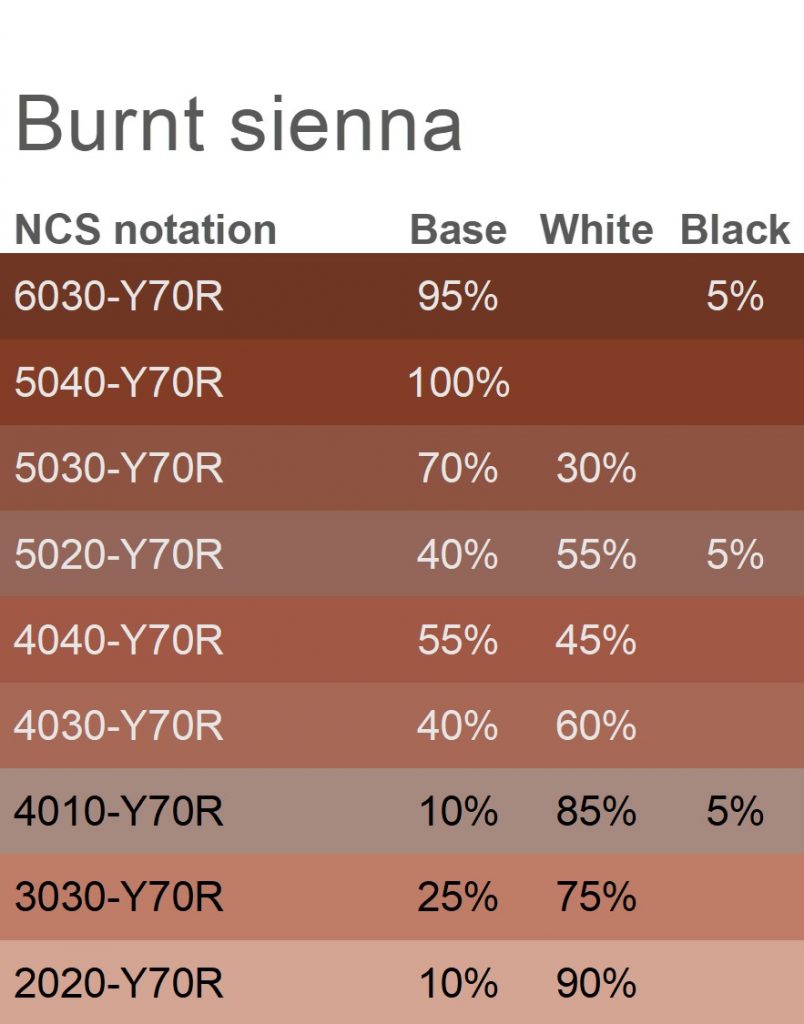