Chromium oxide green is a pigment that gives green colours. The pigment has a high degree of opacity, lightfastness, tinting strength and permanence. It became commonly used during the second half of the 19th century for painting both interior and exterior surfaces.

Chromium oxide green pigment has been produced industrially since the 1860’s. It is sometimes called chrome green, but that name can also refer to a mix of chrome yellow and Prussian blue. 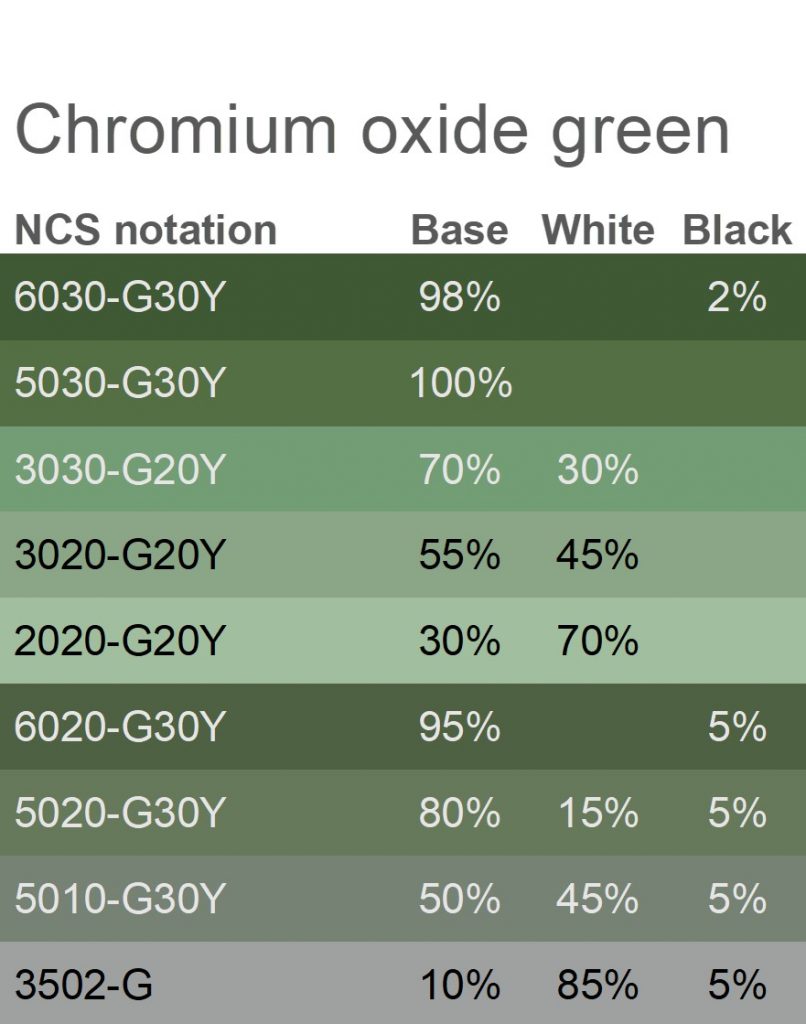