Zinc green is a pigment that gives bright green colours. It has a high degree of opacity but is not completely lightfast. It has mainly been used to paint smaller interior surfaces in buildings.

Zinc green is an ambiguous term. The name is used for different pigments, here we refer to the mixture of two pigments; zinc yellow and Prussian blue. Pigments with zinc compounds were developed from the beginning of the 19th century. Since it is a mixed pigment, the colours and other properties may vary depending on the proportion of the different ingredients. There are lighter and darker mixtures. The darker versions are more bluish and less bright than the lighter versions.

Compared to chromium oxide green the colour of zinc green is much brighter. Zinc green is, however, not completely lightfast, which is why it has mostly been used for painting smaller interior details in buildings. 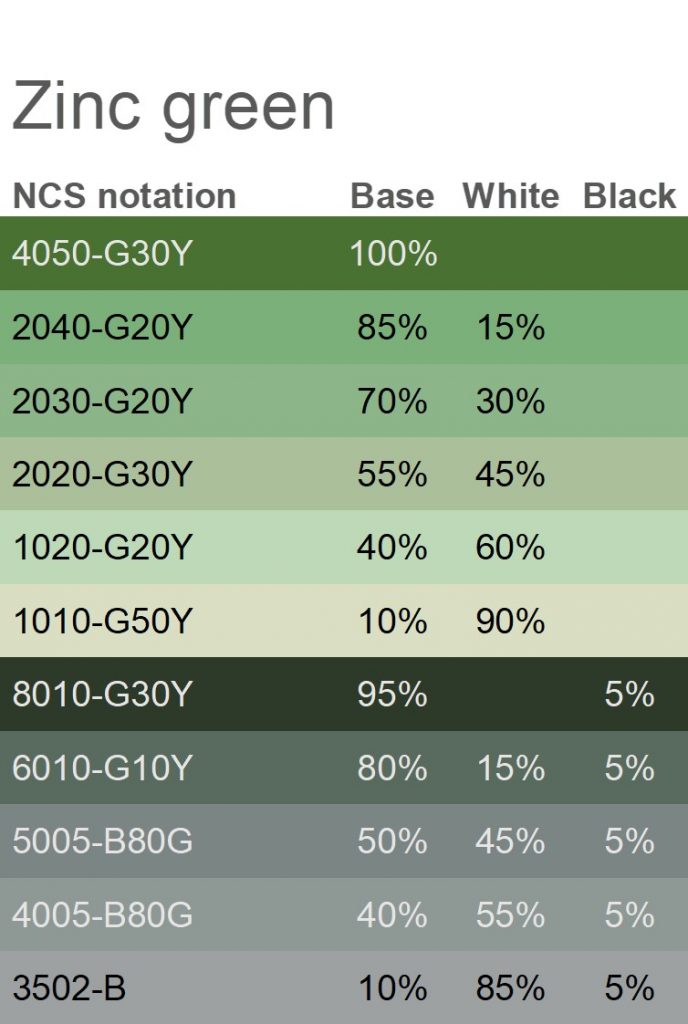