A mixture of equal parts gold ochre and green umber gives yellowish-brown and beige colours. Both are earth pigments, the ochre has a higher degree of opacity and the umber reduces the intensity of the colour. The paint can be used for both interior and exterior surfaces.

Gold ochre is one of the lighter ochres. The ochres are commonly occurring clay earth pigments. The pigment consists of iron oxide and varying amounts of other minerals.

The colour of green umber is greyish and umber can be used in paint mixtures to reduce the intensity of other colours. The colours vary depending on where they are extracted and which minerals they contain. Mostly natural iron oxides and manganese compounds determine the colour.

The names of the earth pigments vary, even if the colours are similar or even identical. Distributors sometimes present them with the name of the location in which they are found. Green umber and grey umber are very similar, gold ochre and yellow ochre are also very similar. 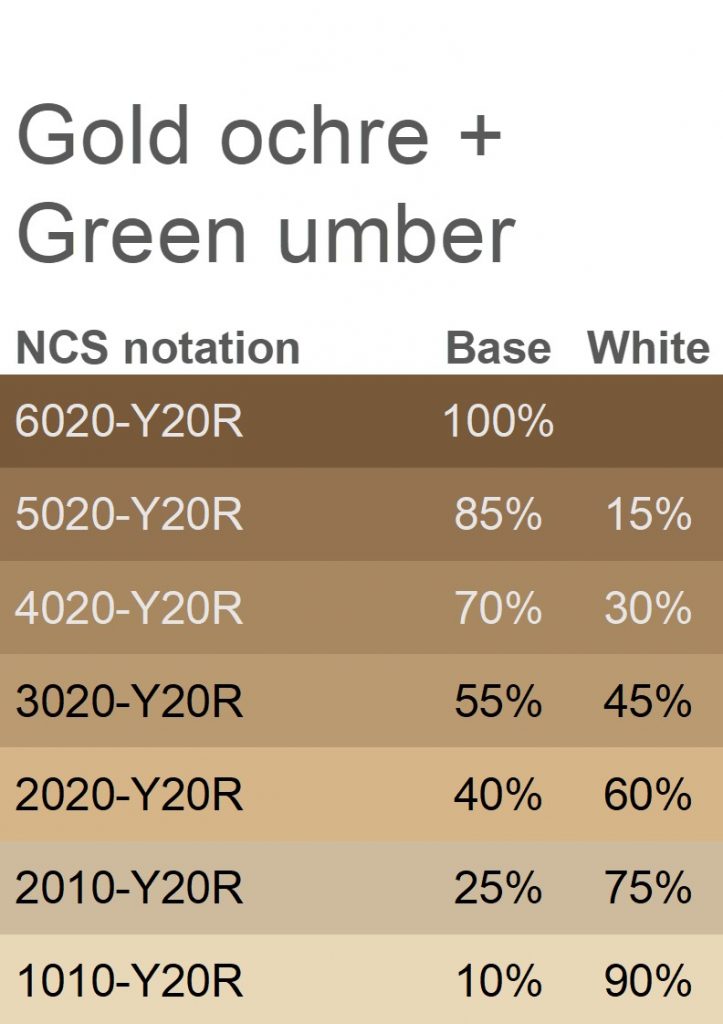